Dog specialized in truffle detection in any type of terrain

Old hunting water dog breed present from the 16th century in the Comacchio valleys and the lagoons of Ravenna area, which later on spread out, starting from the late 19th century in the hills and plains of the Romagna region with basic action being truffle detection.

A Lagotto is a small-medium sized dog, with a wild appearance, strong body and correct proportions, with thick and curly fur and a woolen texture. Its general physique is slightly mesomorphic. Its body is squared, harmonious in shape and disharmonious from the side.

The basic function of a Lagotto is to detect truffles, which he performs with passion and efficiency, making good use of his innate aptitude of detection and his excellent sniffing skill.

Having eliminated the hunting instinct, his attention doesn’t get distracted during “duty time”, and thus can be considered the only true specialist in truffle detection.

Prudent, insightful, loving, closely attached to his boss and easily trainable, a Lagotto is also excellent at alerting and escorting.

Quite compact, trapezoidal when looking at it from above. The upper longitudinal axes of the skull and muzzle are slightly divergent between them. The head length reaches 4/10 of its height at the withers level. The cephalic index ranges from 50 to 54. His skin is attached to the underlying tissues, it is smooth and stretched.

The skull is wide at the cheekbones. Its length corresponds to 56% of the total length of the head and its width (diameter between 2 cheekbones) is equal to the length. Looking at it from the front it looks arched. From the side it forms a very open arc which moderates in the occipital area. Well developed frontal cavities and in all three dimensions, prominent supra-orbital ridges, not overly defined stop but obvious, visible metopic suture, small occipital crest and relatively dented, skull sutures slightly imprinted.

Bulky with very wide nostrils, open and moving constantly. Very distinct median groove. When looked from the side is in the same level as the nasal tube and protrudes slightly on the upper lip.

Well-developed. The layout of the lower jaw is quite straight, very powerful and relatively wide. The teeth are white, complete as far as their number and development is concerned. The incisors form a scissor or pincer bite, or an inverted scissor bite (in the case of reversed lower incisors).

Big, round and slightly protruding. The color of the iris varies between ochre, light hazel and dark brown depending on the coloring of the outer fur. The eyes are in a sub-frontal position and the eyelids have colored outline in various shades of brown. Highly developed eye-lashes. They have an expression of commitment, intelligence and vividness.

Relatively large in relation to head size with slightly rounded edges. Their shape is triangular with a relatively wide bottom. They are a little higher than the arc of the cheekbones. When resting, they hang and when at “attention position” they are slightly erect. When spread they reach the nasal tube at 1/4c of its height. The hair of the ears is always in motion. There are no ears with short hair. The interior of the auricle is also covered in hair.

Slightly arched at the top and with no creases. A little shorter than the head (8,5/10 of the total length of the head), has a circumference in males that reaches twice its length. Strong, muscular, flexible, with a distinct separation from the nape. 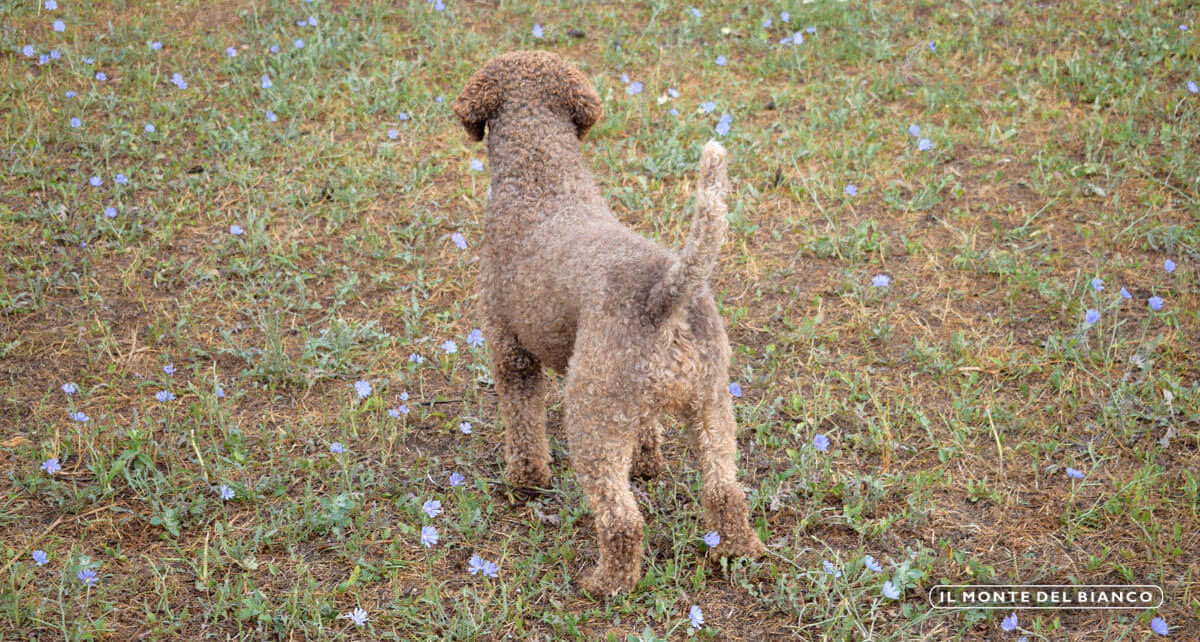 ΔStrong, medium sized (its length is equal to the height at the withers level).

The spine is a straight line from the withers to the croup.

It is above the level of the croup and although it is narrow, it is quite elevated and elongated backwards.

Straight and very muscular. Its length corresponds to 33% of the height at the withers level.

Short, solid, slightly convex when looking at it from the side, well connected to the spine and the croup. Its length corresponds is 1/6 of its height at the withers level, while the width is equal and sometimes slightly larger than its length.

Its length reaches approx. 32% and its width approx. 24% of the height at the withers level. Muscular and slightly sloping and the hip inclination ranges between 15°-25°.

Depending on the hip inclination, the croup is characterized:

The chest-abdominal profile shows an elongated region of sternum which is a straight line initially and then continues as a semicircle with a very wide chord which gently re-assembles at the hypogastrium which is not very pushed inwards.

It is slimmer at the tip and when stretched out it reaches the withers. It is covered in hard fur with a woolen appearance. When resting it is sickle-shaped, and it stretches out again when at “attention position”. During time of duty or when the dog is tense the tail may stretch and reach its back, but it is never ever curls up into a ring.

Vertical both on lateral and frontal position. The height of the forequarters until the knee level is close to 56% of the height at the withers level.

Long (reaches 30% of the height at the withers level, oblique (52°-55°), strong and muscular, attached to the thorax but with completely free movement. The opening angle between the shoulder and withers is 110°-115°.

Muscular, with flexible ossification, its length corresponds to 30% of the height at the withers level. Its horizontal inclination is between 58°-60°.

In perfect vertical position, with an oval cross section and compact ossification. Its length corresponds to 36% of the height at the withers level.

Long and protruding, well attached but not locked, covered with rough skin. As the shoulders, they must be located strictly at the level of strictly parallel to the sagittal plane of the body. The edge of the knee (olecranon) is in a vertical position, lower than the angle between the withers and the ground.

When viewed from the front it follows the vertical line of the forearm. It is thick and moving. The pisiform bone has a pronounced projection.

Smaller size than the forearm, elastic, with very little hypodermic cellular tissue. When viewed from the front, its direction must be at the same vertical plane that passes through the forearm. Viewed from the side, it forms an angle with the ground of 75°-80°.

Front paws are rounded and solid, with arched and huddled-up toes. Strong and curved nails. Dark pigmentation on both paw pads and toes. Interdigital membrane is highly developed.

Its length reaches 35% of the height at the withers level, with obvious separated muscles, presents a slight back curvature. The femoral axis, is quite oblique from top to bottom and it has a horizontal inclination of 80°. The angle between hip and femur is therefore about 105°-110°. The vertical surface passing through the thigh is parallel to the median plane of the body.

Slightly longer than the thigh, (approximately 36% of the height at the withers level), well boned and muscled, with pronounced muscular groove. The horizontal inclination is 50° to 55°. The kneecap angle is approximately 130°-135°.

Wide, thick, with prominent bony protuberance, parallel to the interim body surface. The angle of the metatarsus is approximately 140 degrees.

Strong, cylindrical, always in a vertical line to the ground.

The back paw is slightly more oval than the front paw and with less arched phalanxes.

Normal pace. Confident and joyful gait with a galloping impression.

Well attached to the body at every point, thin, with minimal hypodermic cellular tissue. Should not wrinkle. The coloring of membranes and layers varies between light and dark or very dark brown, the same as in paws, toes and wrist.

The outer coat layer has a woolly look and texture, slightly rough on the surface, very dense, intensely curly with curls like rings, with an apparent internal coat. If properly groomed, it doesn't get easily tangled or knotty. The curls spread evenly throughout the body except for the head, where they tend to be looser. Rich mustache, beard and eyebrows. Even the cheeks are covered with dense hair. Both the outer and inner coat layers, (especially the inner) are waterproof. The coat needs to be clipped quite short, (1.3 mm in tha same direction as the hair), at least twice in the summer.

Solid off-white, beige, white with brown or ochre patches, ash, roan brown, solid brown (in various shades), solid ochre. In some cases might be black-headed or with a brown mask.

Height at the withers level:

Every deviation from the characteristics presented in above standards constitutes a flaw which must be considered by each breeder, depending on the severity and extent of dissemination, and should not be passed on to next generations.